I don’t know about others but my productivity has plummeted since the Productivity Plan was published. This is partly because I keep re-reading it, trying to work out what all the different policies add up to in terms of productivity and whether it will deliver the ‘step change’ that the government wants and the country needs. Four days on, my answer is still ‘no’.

This is not because the document lacks policies; quite the contrary. Skills, infrastructure, innovation, enterprise, planning, cities – there are policies on all of these and more. There are some radical eye-catching policies, some trailed in the Budget, some not; from an apprenticeship levy on large firms through to automatic planning permission on brownfield sites. And there are some less high-profile, but still important policies on issues such as commercialisation of university research, improved management skills for entrepreneurs, 30 hours of free childcare for 3 and 4 year olds and improving broadband.

Yet it still feels like a plan that is less than the sum of its very complex parts. On some issues, this is because of missing policies, hindered by political ‘no-go’ areas. Skills and immigration is one example. Bold action on apprenticeships is welcome but some of the biggest, already problematic skills shortages are in the highest skilled jobs. More to encourage young people to do STEM subjects at university would have been good. But given it takes years to become a qualified engineer, a helpful short term measure would have been allowing skilled international students to stay and work. This is not only omitted from the plan but was explicitly ruled out by the new Business Secretary.

Housing is another area riddled with ‘no-go’ issues. The greenbelt is one. Our research shows that there’s simply not enough brownfield land in the ten least affordable cities. In these cities, building on the greenbelt – much of which isn’t very green and pleasant at all – will be vital to delivering the homes we need. It’s possible that greater devolution of planning powers, pressure on places to produce local plans, and ‘consideration’ of how to build denser housing around key commuter hubs could deliver this. Yet the ten least affordable cities have some of the most vociferous opposition to house-building: Government backing for building on poor quality greenbelt could have made a real difference. 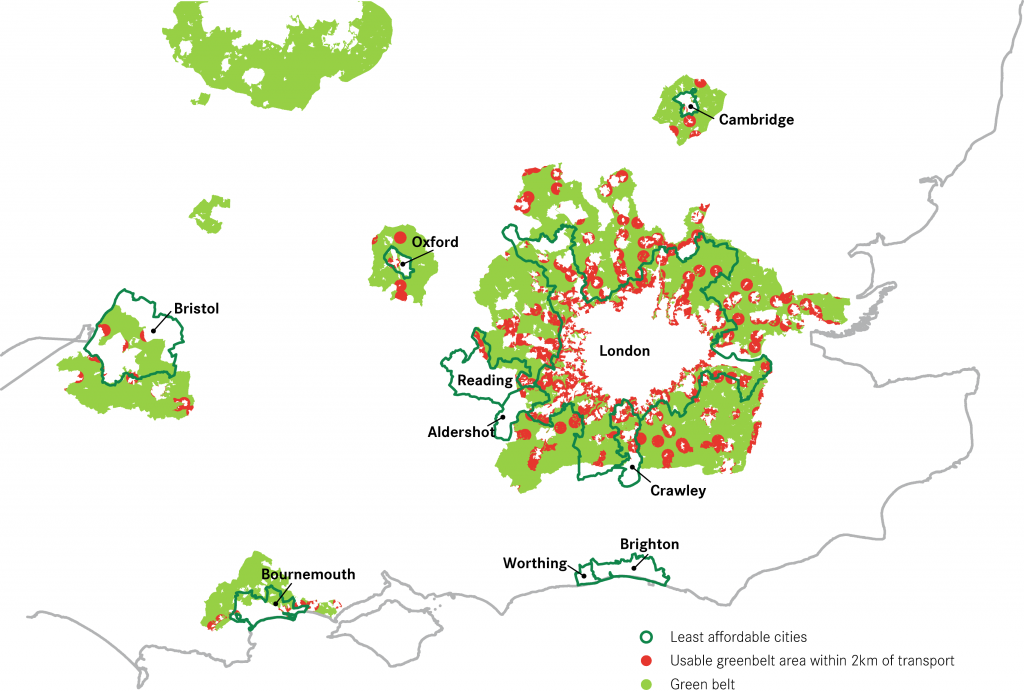 Ultimately, however, this feels like a plan that’s less than the sum of its parts because it thinks about the productivity problem from a solely national perspective. Evidently there are some measures that should always be done nationally, from very large-scale infrastructure projects through to action on exports, pensions or broadband. But rather than tacking cities policy onto the end of the document (many of which are policies I welcome individually), there’s a missed opportunity to take a city-region perspective to some of the most pervasive productivity problems.

Our recent report showed quite how variable productivity is across the country – and that different productivity measures need to be prioritised in different places. Greater London, for example, not only generated £126bn of ‘economy’ taxes (income, corporation and property tax) in 2013/14 (a quarter of the total economy tax take in Britain) it also had the most productive workers, generating on average £26.6k in economy taxes each. Within London there is a clear pattern of inner London hosting the most productive jobs, but outer London providing the workers. So for London barriers to productivity include effective transport that brings in workers each day and building more (and more affordable) homes.

In contrast, workers in the Stoke and Staffordshire Local Enterprise Partnership contribute just over half the amount of economy taxes per worker that London does, and one of the biggest barriers to their productivity is skills. Housing is not a challenge for Stoke and Staffordshire in the same way; indeed the national policy encouraging ‘change of use’ from commercial to residential space works well for Stoke and Staffordshire, whereas in London it’s depriving the city of valuable office space for highly productive jobs at an alarming rate. Different places need different policies to tackle their particular issues and to support higher productivity.

‘Economy’ taxes generated in combined authorities and LEPs per worker, 2013-14

I’m not suggesting there are any magic answers to the UK’s productivity problem. But thinking about productivity at a city-region level – which is both big enough and small enough to develop tailored specific policies and make a difference – could help make a collection of mostly good policies turn into a series of genuinely transformational plans. The last chapter of the Productivity Plan hints at the building blocks that could make this a reality. Championed by the Chancellor and Greg Clark, we have combined authorities, mayors and devolution deals all coming on track. But it’ll be a slow burn as places make the necessary changes locally and Government realises and then stretches its devolution ambitions. The big question for Government is whether more city-region deals by the Comprehensive Spending Review could be an answer not just to the rebalancing issue but also help tackle the productivity problem.