The current coronavirus crisis has pushed a number of cities to delay the implementation of anti-pollution policies that were due later this year. While the Ultra Low Emission Zone in London has been suspended indefinitely, Clean Air Zones (CAZ) in Birmingham and Leeds, the CAZ consultation in Manchester and the Zero-Emission Zone in Oxford will now not be rolled out before 2021 or later.

National and local governments must rightly concentrate all their efforts in the current Covid-19 crisis, mitigate its devastating impact on local and national economies, and not add an additional strain on people and businesses’ finances. But is such a lengthy delay to a policy of huge importance to environmental and public health reasonable?

It could be argued that air quality has dropped down the list of important matters simply because air pollution does not seem to blight our cities anymore. As a result of the current lockdown, there are up to 80% fewer car journeys, and air pollution levels (especially NO2) in cities around the world have dropped. In London, average air pollution levels have fallen at their lowest level since recording was implemented in 2000, according to the London Air Quality Network. Similar results have been observed in Glasgow, Oxford, Bristol and Luton, to name a few.

However, responding to this by postponing clean air policies would be a mistake. The current crisis acts as a reminder of the dangers of toxic air, which we outlined in our Cities Outlook report earlier this year. People with a respiratory condition (asthma, lung cancer etc) are more likely to suffer from severe forms of Covid-19, and these conditions are known to be partly caused by air pollution. Researchers from Harvard University have recently established a direct link between air pollution levels and Covid-19 death rates: an increase in 1 microgram per cubic millilitre of the particle PM2.5 is associated with a 15% increase in the Covid death rates.

It is hard to predict how different cities will recover from the current health crisis, and how quickly air pollution levels will increase when the lockdown is lifted. While many people may continue working from home, concern about the health consequences of using busy trains, tubes and buses may also push commuters into their cars instead of mass transit, and increase traffic-related emissions in UK cities.

But one thing is for sure, if nothing is done, air pollution will eventually go back to previous levels, and UK cities will be particularly affected. It is the cause of an estimated 40,000 deaths a year in the UK and in cities alone, dangerous fine particulate matter pollution is responsible for more than 14,000 premature deaths annually. The effects of toxic air are likely to worsen the vulnerability of at-risk people if a lift of the lockdown generates a second wave of infections.

Is there an economic case for Clean Air Zones? 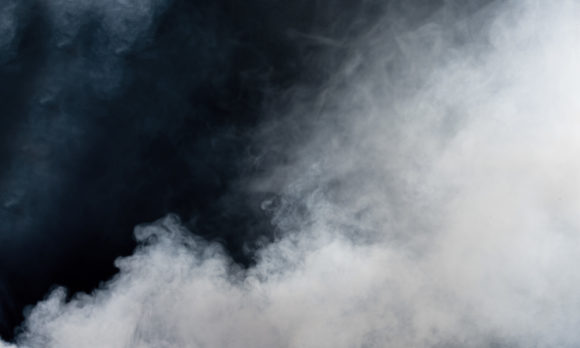 So, what should be done to ensure air pollution does not go back to pre-lockdown levels?

The delays announced are too long, and should be brought forward to the end of 2020 at the latest. Local governments should provide guarantees that CAZ will be implemented, and these guarantees should come now. Compromises, such as exempting vehicles of industries already affected by the Covid-crisis, are also an option. Starting with non-charging CAZ, or not charging private cars for the first few months could be a possibility in some cities, when necessary. But action must be taken in the near future, not in a year or more.

Despite the damage caused by Covid-19, it has given us a glimpse of what cities would look like with fewer cars, less traffic noise, more space for pedestrian and light travel, and better-quality air. People will no doubt support better air quality policies after experiencing this- cities such as Milan have already designed a scheme to increase space for cyclist and pedestrian after the lockdown. National and local government must use this opportunity to prepare a post-Covid future by putting air quality back on the policy agenda as soon as possible.

COP26 comes to an end with a crucial discussion on the importance of cities in the climate agenda.

While the decision to extend London’s Ultra-Low Emission Zone (ULEZ) may be politically difficult, it is both timely and necessary.

Air quality
Air quality Future of cities Net zero
A lost decade of Workplace Parking Levy: what were the costs for Bristol?