While data can’t explain the world on its own, it’s pretty hard to explain the world without it. This is particularly the case in a crisis, and for the first time big data appears to be starting to fill a big gap in knowledge about how the economy is performing. And as Tim Harford underlines in his new book How to Make the World Add Up, stats are important for understanding and changing the world. So will one positive to come out of the current situation be better tracking, and understanding, of the economy?

Last week Centre for Cities had the pleasure of hosting Andy Haldane, chief economist at the Bank of England and chair of the Industrial Strategy Council, as the keynote speaker at our City Horizons series. You can see the full presentation here. Of the many interesting things presented was the use of Apple and Google data to understand how the recession is playing out.

In a recession, things change very quickly, and the size of that change varies across the country. Traditional data measuring the national economy struggles to keep up with this change, while by the time local data is released it serves more as historical account of what happened when the recession hit some years earlier, rather than any guide to policy.

Big data has the potential to deal with both of these challenges. A number of organisations have started to use it in recent months, not least Centre for Cities in our High Streets Recovery Tracker. And Andy used both Apple and Google data to show changes in how people have been getting around at both the national and local level, showing how big cities in particular have been affected by covid in a number of countries.

While there is much to learn from Apple or Google data on mobility, traffic camera data used by ONS, data on online job adverts or from credit and debit card spending, these serve as proxies for the impact on the economy. The key thing that policymakers care about in a crisis are output and jobs. And in particular, as the Job Retention Scheme (JRS) comes to an end, what is likely to happen to redundancies in particular.

The JRS was a fairly innovative policy. And there was a potential unintended bonus from it too – it generated a mass of real time data to understand which sectors were struggling, and how this was varying across the country. This data, in principle, should have been gold dust to the Chancellor and Treasury officials not just because it would allow them to understand better what is going on, but more importantly it would inform policy as they decided what job support would look like after October.

Some data has been produced – we do know how many people are claiming furlough in different sectors at the national level. But we don’t know how the use of furlough has been changing during the recession at the local level, never mind how this varies across sectors. And so it hasn’t been much use for policy.

And yet this data has much to tell us about the impact of the recession locally, and inform how policy should respond. The little data that is available suggests – with a number of assumptions – that Cambridge and Reading are well placed to bounce back if and when Covid is under control. This is because JRS claims appear to have been limited to retail and hospitality businesses, while their research, tech and consultancy businesses have continued trading. This stands in contrast to Crawley, for example, where the troubles of aviation have reduced the amount of money this sector has brought into the local economy to be spent in shops, bars and restaurants.

The public sector has a long history of not using the administrative data it inadvertently collects as part of its activities. For example, HMRC sits on a wealth of information about employment and wages, but only very recently has started to open this up to learn about the economy. This is an incredible waste.

The public sector doesn’t seem to fully appreciate the value of the data assets it holds, and the implications it has for informing government policy at a time when many billions are spent on supporting businesses and jobs across the country. In contrast, a number of private sector companies have realised the insight that data they hold has for the economy, which as Andy’s presentation showed is being used by policymakers. And no doubt there will be many more innovations to come. It’s about time the public sector to make better use of this huge asset too.

October update: what do the latest unemployment claim figures mean for the largest cities and towns? 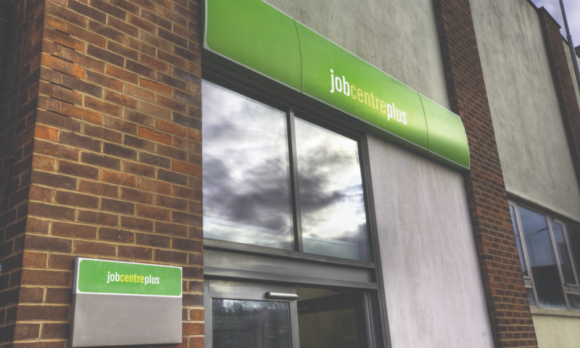